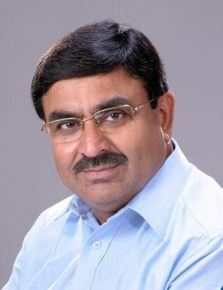 The son of a farmer, born in Kagvad, brought up in Khirasara, Rajkot.

Represented Rajkot Parliamentary Constituency in Lok Sabha for Four consecutive terms from 1996 to 2009.

Renowned for Propagating the revolutionary concept of check-dams and popularly named as 'Check-Dam-Sansad'.

Served as Union Minister of State, Government of India, from 1999-2004 with portfolios of Heavy Industries and Public Enterprises, Human Resource Development(HRD) and Health and Family Welfare.

Appointed as the Chairman of the Rashtriya Kamdhenu Aayog in Frbruary 2019 and served till February 2021.

Donated Blood for 130 times. Felicitated by Red Cross for being Centurian Blood Donor.